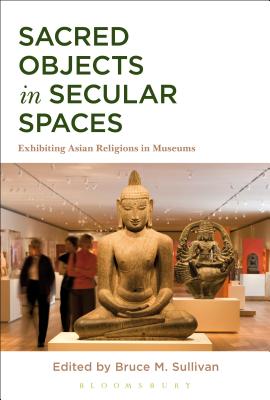 We have long recognized that many objects in museums were originally on display in temples, shrines, or monasteries, and were religiously significant to the communities that created and used them. How, though, are such objects to be understood, described, exhibited, and handled now that they are in museums? Are they still sacred objects, or formerly sacred objects that are now art objects, or are they simultaneously objects of religious and artistic significance, depending on who is viewing the object? These objects not only raise questions about their own identities, but also about the ways we understand the religious traditions in which these objects were created and which they represent in museums today.

Bringing together religious studies scholars and museum curators, Sacred Objects in Secular Spaces is the first volume to focus on Asian religions in relation to these questions. The contributors analyze an array of issues related to the exhibition in museums of objects of religious significance from Hindu, Buddhist, and Sikh traditions. The "lives" of objects are considered, along with the categories of "sacred" and "profane", "religious" and "secular". As interest in material manifestations of religious ideas and practices continues to grow, Sacred Objects in Secular Spaces is a much-needed contribution to religious and Asian studies, anthropology of religion and museums studies.
Bruce M. Sullivan is Professor of Comparative Study of Religions and Asian Studies at Northern Arizona University, USA.