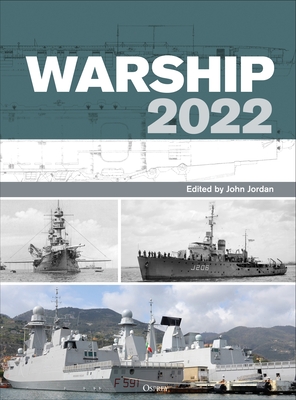 Warship is a celebrated annual publication featuring the latest research on history, development, and service of the world's warships.

For 45 years, Warship has been the leading annual resource on the design, development, and deployment of the world's combat ships. Featuring a broad range of articles from a select panel of distinguished international contributors, this latest volume combines original research, new book reviews, warship notes, an image gallery, and much more, maintaining the impressive standards of scholarship and research for which Warship has become synonymous. Detailed and accurate information is the keynote of all the articles, which are fully supported by plans, data tables, and stunning photographs.

The varied topics in this year's annual includes articles on the Imperial Japanese Navy carriers Soryu and Hiryu, post-war radar development in the Royal Navy, gunboats in the Imperial German Navy, Soviet battleship designs of the early Second World War, modern European frigates, and the origins of the Yokosuka naval yard.

John Jordan is a former teacher of modern languages. He is the author of two major books on the Soviet Navy, and has coauthored a series of books for Seaforth Publishing on the French Navy, of which the most recent are French Battleships of World War One (2017) and French Armoured Cruisers 1887–1932 (2019) with Philippe Caresse. John is also the sole author of Warships After Washington, published by Seaforth in 2011; a sequel, Warships After London, was published in autumn 2020. John has been associated with Warship from its earliest beginnings and took over the editorship in 2004.

“The authoritative contributors, along with the sheer level of research that's clearly been undertaken, continue to make the annual editions of Warship a genuine and reliable source of information for anyone interested in naval history and current development trends.” - Dave Woolley, Modelboats

“This is a book aimed at the specialist naval reader looking to extend the breadth of their knowledge in an enjoyable manner.” -Army Rumour Service

“For those interested in the history and development of world navies, it’s an annual treat with high production standards.” - Chris May, The Armourer Magazine