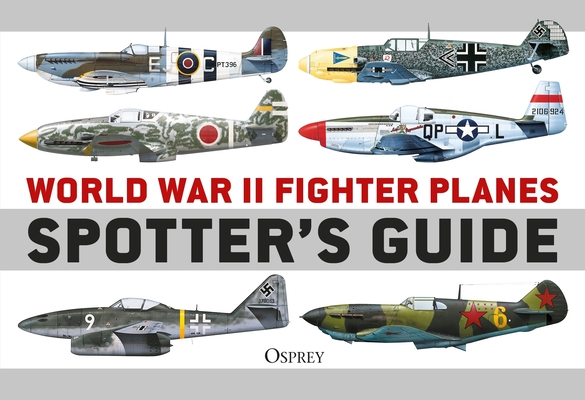 A compact but comprehensive guide to the iconic fighter planes that fought during World War II, which features full color profile artwork throughout.

World War II saw pilots from around the world battling in the skies over Europe, Asia and Africa, with victory resting upon their nerve, skill and the capabilities of some of history's most iconic aircraft. In the chaos of battle, it was vital that they could quickly identify friend from foe. But do you know your Hurricane from your Bf 109, or what the legendary P-51 Mustang looks like? Do you know the wingspan of the A6M Zero-sen, or how fast it could fly?

THE WORLD WAR II FIGHTER PLANES SPOTTER'S GUIDE answers all of these questions and more, providing essential information on over 90 legendary aircraft, from the celebrated Spitfire to the jet-powered Me 262. Featuring full-colour artwork to aid recognition, as well as all the details you need to assess their performance, this is the perfect pocket guide to the Allied and Axis fighters of World War II.

Having initially worked for Osprey as an author in the 1980s, Tony Holmes became the company's aviation editor in 1989 after he moved to England from Western Australia. Responsible for devising the Aircraft of the Aces, Combat Aircraft, Aviation Elite Units, Duel and X-Planes series, Tony has also written more than 30 books for Osprey over the past 35 years.

Jim Laurier is a native of New England and lives in New Hampshire. He attended Paier School of Art in Hamden, Connecticut, from 1974–78, and since graduating with Honours, he has been working professionally in the field of Fine Art and Illustration. He has been commissioned to paint for the US Air Force and has aviation paintings on permanent display at the Pentagon.