Women in the Law Courts of Classical Athens (Hardcover) 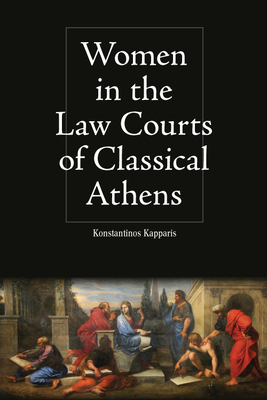 Women in the Law Courts of Classical Athens (Hardcover)

Konstantinos Kapparis challenges the traditional view that free women, citizen and metic, were excluded from the Athenian legal system. Looking at existing fragmentary evidence largely from speeches, Kapparis reveals that it unambiguously suggests that free women were far from invisible in the legal system and the life of the polis.

In the first part of the book Kapparis discusses the actual cases which included women as litigants, and the second part interprets these cases against the legal, social, economic and cultural background of classical Athens. In doing so he explores how factors such as gender, religion, women's empowerment and the rise of the Attic hetaira as a cultural icon intersected with these cases and ultimately influenced the construction of the speeches.

Konstantinos Kapparis is Professor of Classics and Director of the Center for Greek Studies at the University of Florida.