Racing with Rich Energy: How a Rogue Sponsor Took Formula One for a Ride (Paperback) 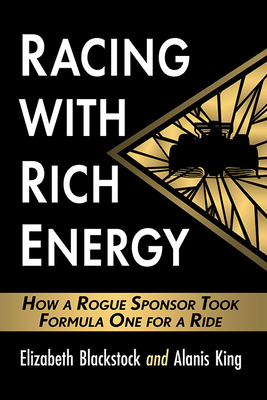 Racing with Rich Energy: How a Rogue Sponsor Took Formula One for a Ride (Paperback)


Not On Our Shelves—Ships in 1-5 Days
Formula One has long maintained a glitzy aura that masks dark and strange goings-on in the background. But with the 2019 season came a force louder than Formula One could dream of muffling: William Storey, the founder of British energy drink startup Rich Energy. Storey became a multimillion-dollar sponsor of the Haas Formula One team a year after records showed Rich Energy having a mere $770 in the bank. He equated his doubters to moon-landing truthers and publicly mocked both the Haas team and the entities winning legal disputes against him. But where were actual cans of Rich Energy, and did the supposed sponsorship funds exist? In the six months between Storey's first race as a Formula One sponsor and his very public exit, he stole the spotlight with a loud mouth and an active Twitter account. Haas team boss Guenther Steiner once described the Rich Energy news cycle as: ""I'm getting sick of answering these stupid fucking questions on a race weekend. I've never seen any fucking thing like this."" No one else had, either. This book uncovers the complete, bizarre story.
Elizabeth Blackstock is a novelist and motorsport journalist. Alanis King is an automotive and motorsport journalist.