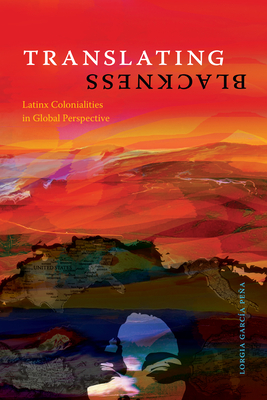 
On Our Shelves Now at:
In Translating Blackness Lorgia Garc a Pe a considers Black Latinidad in a global perspective in order to chart colonialism as an ongoing sociopolitical force. Drawing from archives and cultural productions from the United States, the Caribbean, and Europe, Garc a Pe a argues that Black Latinidad is a social, cultural, and political formation--rather than solely a site of identity--through which we can understand both oppression and resistance. She takes up the intellectual and political genealogy of Black Latinidad in the works of Frederick Douglass, Gregorio Luper n, and Arthur Schomburg. She also considers the lives of Black Latina women living in the diaspora, such as Black Dominicana guerrillas who migrated throughout the diaspora after the 1965 civil war and Black immigrant and second-generation women like Mercedes Fr as and Milagros Guzm n organizing in Italy with other oppressed communities. In demonstrating that analyses of Black Latinidad must include Latinx people and cultures throughout the diaspora, Garc a Pe a shows how the vaiv n--or, coming and going--at the heart of migrant life reveals that the nation is not a sufficient rubric from which to understand human lived experiences.