Lost in the Game: A Book about Basketball (Paperback) 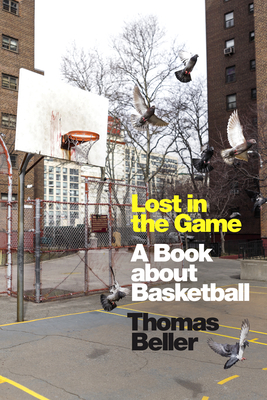 Lost in the Game: A Book about Basketball (Paperback)


On Our Shelves Now at:
For players, coaches, writers, and fans, basketball is a science and an art, a religious sacrament, a source of entertainment, and a way of interacting with the world. In Lost in the Game Thomas Beller entwines these threads with his lifetime's experience as a player and journalist, roaming NBA locker rooms and city parks as a basketball flaneur in search of the meaning of the modern game. He captures the magnificence and mastery of today's most accomplished NBA players while paying homage to the devotion of countless congregants in the global church of pickup basketball. He shares his own stories from the courts, meditating on basketball's role in city life and its impact on the athlete's psyche as he moves from youth to middle age. Part journalistic account, part memoir of a slightly talented player whose main gift is being tall, Lost in the Game charts the game's inexorable gravitational hold on those who love it.
Thomas Beller is Associate Professor of English at Tulane University, a regular contributor to the New Yorker, and the author of J. D. Salinger: The Escape Artist, How to Be a Man, Seduction Theory, and other books.