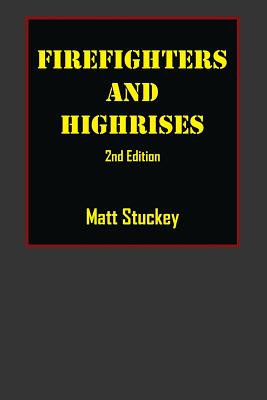 
Not On Our Shelves—Ships in 1-5 Days
(This book cannot be returned.)
After serving many years as an engine officer in the same suburban fire station, you pull up in front of your first real highrise fire. It's a 30 story senior living facility with fire showing at several windows about half way up the building. With your highrise hose pack, you and your crew rush into lobby where they're met by a security officer. She tells you the fire is in on the 16th floor and leads you to a recalled freight elevator. Try as they might, you can't get the elevator going so you start climbing the nearest stairs-all in line with departmental SOPs. Right away you run into a steady stream of descending old folks, some in bad shape but you continue climbing. At the 16th floor you still have evacuees coming down so as your crew connects your 13/4" line to the standpipe outlet you order folks back up the stairs to cross over to another stairwell. At this point, the stairwell is free of smoke. With the hose line ready, you try the stairwell door and find it locked. The truck crew has arrived and they start forcing the door open while you continue to direct evacuees back up the stairs. You just can't have them stumbling over your hose When the door pops open, visibility immediately goes to zero. You start moving the charged hose line toward the fire area. Heat in the corridor is tremendous. You can see the glow down the corridor. You're on your bellies to get below the heat. Finally you reach the fire. You open the nozzle and your stream is too weak to reach the fire. You radio for somebody to pump into the system. You're all running out of air. You're forced to abandon the nozzle and head back to the street for fresh air bottles. This, brother and sister firefighters, is a surprisingly common scenario. Now, as the initial companies abandon the fire area, there is nobody to take their place. Nobody knows what to do about the impotent hose line. It's entirely possible that an engine pumping into the system cannot increase the nozzle pres.