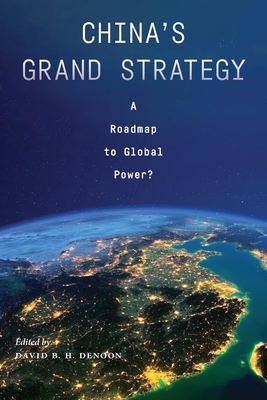 Over the past few decades, China has increasingly challenged the global influence of the United States. In China's Grand Strategy, David B. H. Denoon brings together a group of eminent scholars to explain China's rapid ascendance on the world stage, as well as its future implications for global politics. Contributors address the military, economic, diplomatic, and internal political factors shaping China's strategy, in addition to highlighting Beijing's objectives in different parts of the world, such as Central Asia, Africa, and the Middle East. Ultimately, they explore the promise and perils of China's rapidly changing political ambitions, showing how the country has made its mark on the twenty-first century. China's Grand Strategy provides insight into China's quest to become a global leader, particularly at a time when the future of both China and the US remain uncertain in the context of current crises like the coronavirus pandemic, the ongoing protests in Hong Kong, and escalating tension between top leaders and officials. This book cannot predict the future for China or the US, but the insights offered can help make sense of where we have been and where we are going.
David B. H. Denoon is Professor of Politics & Economics and Director of the Center on U.S.-China Relations at New York University. He is the author and co-editor of many books, including China, the United States, and the Future of Latin America.