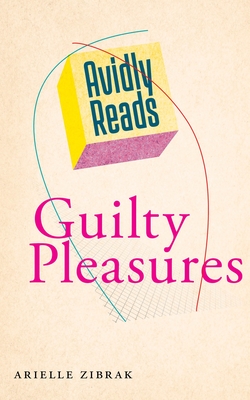 My guilty pleasure wasn't just reading low-brow fiction or even female-authored fiction, it was being femme itself.

What is it about ribald romance novels, luxurious interior design, and frothy wedding dresses that often make women feel their desires come with a shadow of shame? In Avidly Reads Guilty Pleasures, Arielle Zibrak considers the specifically pleasurable forms of feminine guilt and desire stimulated by supposedly "lowbrow" aesthetic tendencies. She takes up the overwhelming preoccupation with the experience of being humiliated, dominated, or even abused that has pervaded the stories that make up women's culture--from eighteenth-century epistolary novels to popular twentieth-century teen magazine features to present-day romantic comedies. In three chapters--"Rough Sex," "Expensive Sheets," and "Saying Yes to the Dress"--that mirror the plot structures of feminine fictions themselves, this book tells the story of the desires that only the guiltiest of pleasures evoke. Zibrak reexamines documents of femme culture long dismissed as "trash" to reveal the surprisingly cathartic experiences produced by tales of domination, privilege, and the material trappings of the heteropatriarchy. Part of the Avidly Reads series, this slim book gives us a new way of looking at American culture. With the singular blend of personal reflection and cultural criticism featured in the series, Avidly Reads Guilty Pleasures reclaims women's experiences for themselves.
Arielle Zibrak is Associate Professor of English and Gender and Women's Studies at the University of Wyoming. Her work has appeared in The Baffler, The Los Angeles Review of Books, McSweeney's, and The Toast.