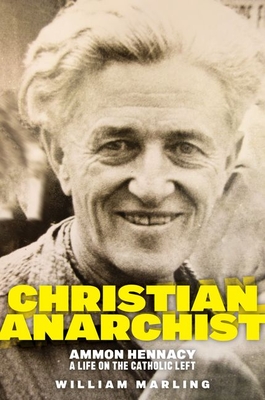 Ammon Hennacy was arrested over thirty times for opposing US entry in World War 1. Later, when he refused to pay taxes that support war, he lost his wife and daughters, and then his job. For protesting the bombing of Hiroshima and Nagasaki, he was hounded by the IRS and driven to migrant labor in the fields of the West. He had a romance with Dorothy Day, founder of the Catholic Worker, who called him a "prophet and a peasant." He helped the homeless on the Bowery, founded the Joe Hill House of Hospitality in Salt Lake City, and protested the US development of nuclear missiles, becoming in the process one of the most celebrated anarchists of the twentieth century. To our era, when so much "protest" happens on social media, his actual sacrifices seem unworldly. Ammon Hennacy was a forerunner of contemporary progressive thought, and he remains a beacon for challenges that confront the world and especially the US today. In this exceptional biography, William Marling tells the story of this fascinating figure, who remains particularly important for the Catholic Left. In addition to establishing Hennacy as an exemplar of vegetarianism, ecology, and pacificism, Marling illuminates a broader history of political ideas now largely lost: the late nineteenth-century utopian movements, the grassroots socialist movements before World War I, and the antinuclear protests of the 1960s. A nuanced study of when religion and anarchist theory overlap, Christian Anarchist shows how Hennacy's life at the heart of radical libertarian and anarchist interventions in American politics not only galvanized the public then, but offers us new insight for today.
William Marling is Professor of English and World Literature at Case Western Reserve University. He is the author of a number of books, most recently Gatekeepers: The Emergence of World Literature and the 1960s (Oxford UP, 2016), which won the Nancy Dasher Prize and was the subject of an international conference in Hannover, Germany.