Like Water: A Cultural History of Bruce Lee (Hardcover) 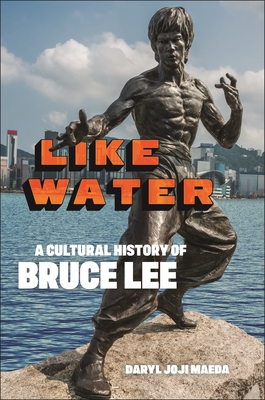 Like Water: A Cultural History of Bruce Lee (Hardcover)

An Asian and Asian American icon of unimaginable stature and influence, Bruce Lee revolutionized the martial arts by combining influences drawn from around the world. Uncommonly determined, physically gifted, and artistically brilliant, Lee rose to fame as part of a wave of transpacific globalization that bridged the nearly seven thousand miles between Hong Kong and California. Like Water unpacks Lee's global impact, linking his legendary status as a martial artist, actor, and director to his continual traversals across the newly interconnected Asia and America. Daryl Joji Maeda's multifaceted account of Bruce Lee's legacy uniquely traces how movements and migrations across the Pacific Ocean structured the cultures Bruce Lee inherited, the milieu he occupied, the martial art he developed, the films he made, and the world he left behind. A unique blend of cultural history and biography, Like Water unearths the cultural strands that Lee intertwined in his rise to a new kind of global stardom. Moving from the gold rush in California and the British occupation of Hong Kong, to the Cold War and the deployment of American troops across Asia, Maeda builds depth and complexity to this larger-than-life figure. His cultural chronology of Bruce Lee reveals Lee to be both a product of his time and a harbinger of a more connected future. Nearly half a century after his tragic death, Bruce Lee remains an inspiring symbol of innovation and determination, with an enduring legacy as the first Asian American global superstar.
Daryl Joji Maeda is Dean and Vice Provost of Undergraduate Education and Professor of Ethnic Studies at the University of Colorado, Boulder. He is the author of Chains of Babylon: The Rise of Asian America and Rethinking the Asian American Movement.