God at the Speed of Light: the melding of science and spirituality (Paperback) 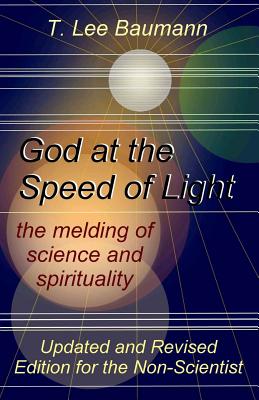 God at the Speed of Light: the melding of science and spirituality (Paperback)


Not On Our Shelves—Ships in 1-5 Days
(This book cannot be returned.)
Respected television producer Barbara Hall cited God at the Speed of Light as one of the inspirations for her creation of the CBS TV series "Joan of Arcadia" (2003-05). The unique and supernatural characteristics of light that influenced Hall have equally served to inspire the likes of Copernicus, Ole Romer, Michelson/Morley, Sir Edwin Hubble, and Albert Einstein. Einstein, for instance, frequently envisioned what it would be like to ride on the back of a photon as it sped across the Universe at the speed of light--a speed at which Einstein calculated that time ceased to exist. Since Einstein first entertained his special theory, science has repeatedly verified the cessation of time at this singular velocity. The term "light speed" has paradoxically become the ultimate oxymoron: a velocity of 186,000 miles per second in a setting where time doesn't exist. The ramifications are profound and are the topic of this book--ramifications so profound, in fact, to convince this author, your ultimate skeptic, that an Eternal, Intelligent Power must exist. Once Lee Baumann came to fully accept these scientifically-proven, yet supernatural qualities of light, his further research only solidified the truly metaphysical nature of this ubiquitous form of universal energy. Suddenly, descriptions of "the light" in the near-death experience and the Earth's sacred texts (e.g., "I am the light of the world") required no further explanation. God shares an intimate relationship with light. Baumann's God at the Speed of Light will complement and strengthen the spiritual foundation of any religious view.
T. Lee Baumann of Birmingham, Alabama is an author, lecturer, and physician. His first book, God at the Speed of Light, helped to inspire the CBS TV series "Joan of Arcadia." Baumann has also appeared in television documentaries by Grizzly Adams Productions and Alabama Public TV. Of special note: all proceeds from Dr. Baumann's books go to support his "God at the Speed of Light" college scholarship endowments throughout the southeastern United States.