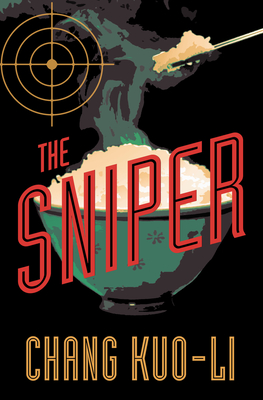 Jason Bourne meets John McClane in this electrifying Taiwanese thriller about a young special-forces sniper ordered to assassinate a high-level government official, and a seasoned homicide detective called in to investigate a series of grisly murders that lead to a criminal conspiracy at the highest levels of power.

Twelve days before retirement, Taipei police detective Wu is handed a curious case: a Navy officer has been found dead in his hotel room. While it is immediately apparent to Wu that the officer has been murdered, the military insist it was suicide and want the case closed with no questions asked. Soon, however, more high-ranking Navy officers turn up dead, and Wu realizes he has a full-blown conspiracy on his hands.

Meanwhile in Italy, Alex, a young Taiwanese sniper, ex-Marine, ex-French Foreign Legion, and currently a fried-rice chef in Manarola, is reactivated and called back into service. Ordered to assassinate a high-level Taiwanese government advisor in Rome, he soon finds himself on the run, hunted across Europe by his old brothers-in-arms.

Who is killing Navy officers in Taiwan? And who ordered the hit in Rome? As the body count rises, Wu finds himself in a race against time to solve the murders before his retirement, and Alex embarks on a journey back to Taiwan to uncover the truth about who set him up.

Inspired by the biggest military corruption case in Taiwanese history -- the murder of Navy Captain Yin Ching-feng -- The Sniper is both a masterclass in thriller writing and a study of the heart of darkness in the time of war and peace.