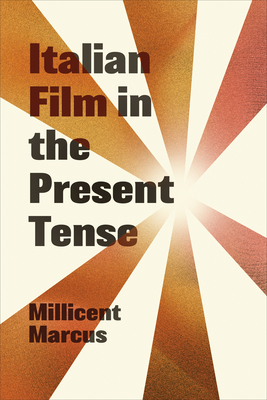 For observers of the European film scene, Federico Fellini's death in 1993 came to stand for the demise of Italian cinema as a whole. Exploring an eclectic sampling of works from the new millennium, Italian Film in the Present Tense confronts this narrative of decline with strong evidence to the contrary.

Millicent Marcus highlights Italian cinema's new sources of industrial strength, its re-placement of the Rome-centred studio system with regional film commissions, its contemporary breakthroughs on the aesthetic front, and its vital engagement with the changing economic and socio-political circumstances in twenty-first-century Italian life. Examining works that stand out for their formal brilliance and their moral urgency, the book presents a series of fourteen case studies, featuring analyses of such renowned films as Il Divo, Gomorrah, The Great Beauty, We Have a Pope, The Mafia Only Kills in the Summer, and Fire at Sea, along with lesser-known works deserving of serious critical scrutiny. In doing so, Italian Film in the Present Tense contests the widely held perception of a medium languishing in its "post-Fellini" moment, and instead acknowledges the ethical persistence and forward-looking currents of Italian cinema in the present tense.