Historical Understanding in the Thought of Wilhelm Dilthey (Heritage) (Paperback) 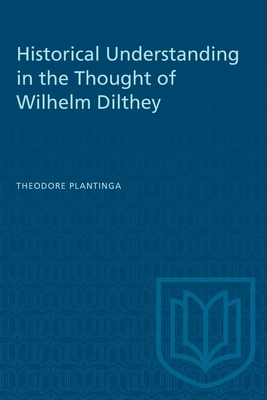 Historical Understanding in the Thought of Wilhelm Dilthey (Heritage) (Paperback)


Not On Our Shelves—Ships in 1-5 Days
(This book cannot be returned.)
Wilhelm Dilthey (1833-1911), a philosopher who has influenced twentieth-century intellectual history via such thinkers as Heidegger, Jaspers, Ortega y Gasset, and Max Scheler, is subjected to careful analysis in this book. What emerges is a reinterpretation of his theory of understanding (Verstehen) and historical knowledge.
The concept of understanding for which Dilthey became famous was developed only after 1900, in the third and final phase of his career, but it was an approach to the problem or set of problems that had preoccupied him throughout his entire intellectual career. To delineate this doctrine and its place in Dilthey's thinking on history, the author discusses Dilthey's early views on history as a science, his efforts to divide the various sciences into two major types, and his attempt to develop a psychology that would serve as a foundation for the Geisteswissenschaften. The decisive shift in Dilthey's post-1900 thought came when he began to look beyond psychology to culture, to meaning-lade expressions of the human spirit. The understanding of these expressions in the other public world, he decided, was the basic cognitive operation on which the Geisteswissenschaften, including the historical sciences, could be built.
Dilthey's analysis of understanding, the core of his later philosophy, draws on this hermeneutic tradition and advances it. His philosophical outlook also has important existential applications that have stimulated twentieth-century has important existential applications that have stimulated twentieth-century thought. The central problem for him was that of the relation between the individual and the whole of wholes with which his life is interwoven, and his solution was 'understanding, ' an ability which enables the individual to transcend the confines of self and to seek communion with a more encompassing whole.