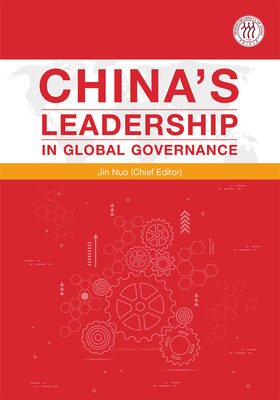 
Special Order—Subject to Availability
The overall mission of global governance is responsibility, and China’s plans involve solid work in pursuit of excellence. This book is edited by Professor Jin Nuo, Party Secretary of the Renmin University of China, and co-written by over 10 experts in international relations, economics, law, and political science. It is divided into two parts. The first half covers the major theories of global governance, exploring its logical starting point, analyzing China’s expectations and foundations of global governance, and explaining its role in the field. The second half focuses on China’s own explorations of global governance, including its sentiments, philosophies, propositions, plans, initiatives, and attempts.

The book provides an in-depth analysis of current developments and future prospects, and explains why China cannot be absent from global governance. It also provides an analysis and summary of China’s role and responsibilities.
Jin Nuo is the Secretary of the CPC Committee of the Renmin University of China, Chair of the Research Center for National Development and Strategy, and Vice Chair of the All-China China Women’s Federation. She is mainly engaged in the study of Marxist theory and ideological education, and has presided over and completed the major National Social Science Foundation project titled Strengthening Marxist Ideology and Students’ Ideological Education in Colleges and Universities. She has also worked on Research into Mental Health Among College Students – a project within the Tenth Five-Year Plan for National Social Science Education, and has participated in and completed numerous projects supported by national and provincial social science foundations.
“The world is huge, and beset with problems. The international community wants to hear China’s voice and see its plan. China has to be present.” — Xi Jinping, 2016