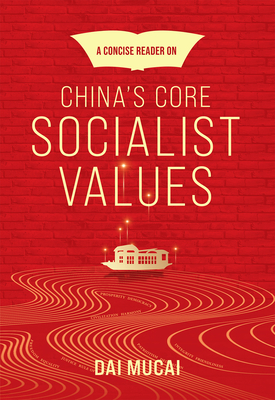 
Special Order—Subject to Availability
The core socialist values are the soul that rejuvenates the country. They determine the development direction of socialism with Chinese characteristics.This book presents a systematic, in-depth, and vivid interpretation of the great significance of actively cultivating and practicing the core socialist values and an explanation of the values’ development with the leadership of the Communist Party of China. It also covers the scientific connotations and developmental roadmaps of the Party that advocate prosperity, democracy, civilization, harmony, freedom, equality, justice, and the rule of law, as well as patriotism, dedication, honesty, and benevolence. This guide is a scientific, vivid, and appealing theoretical volume with text and illustrations.
Dai Mucai, a professor and doctoral advisor in the School of Marxism of Tsinghua University, is mainly engaged in the study of socialism with Chinese characteristics theory, core socialist values, and traditional virtues. His works include The Tradition, Reality and Future of the Core Values with Chinese Characteristics, and The Soul of Rejuvenating the Nation, amongst others. He has also given a lecture on "Inheriting and carrying forward the traditional Chinese virtues" to the 18th Political Bureau of the CPC Central Committee.