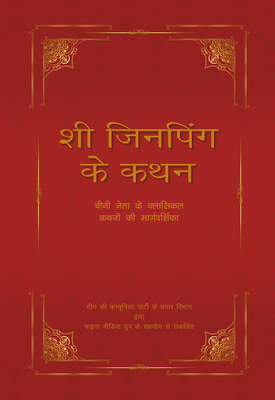 
Special Order—Subject to Availability
Since taking office, General Secretary Xi Jinping has promoted the “Chinese Dream of National Rejuvenation” — a concept which neatly binds together past vitality and future prosperity. Accordingly, Xi has incorporated allusions to the classics as part of his signature style, prescribing the ideas of Confucius, Mencius, and others as cures for the vexations of modernity. From both a domestic and an international perspective, this is a strikingly novel approach, well worthy of closer examination.

Xi Jinping’s Adages pairs 35 classical references from Xi Jinping’s key speeches with expert analysis, affording the reader a fascinating perspective on the thinking of a leader who believes China’s ancient past can—and should—shape its future.
Established in 1958, China Central Television (CCTV) is a Chinese state-owned broadcaster, which is accessible to more than one billion viewers in different languages.