The Fourth Industrial Revolution: How the Modern World is Being Reshaped by AI and the Internet (Hardcover) 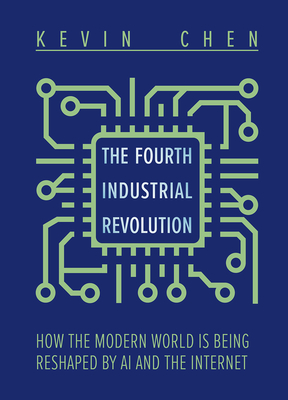 The Fourth Industrial Revolution: How the Modern World is Being Reshaped by AI and the Internet (Hardcover)


Coming Soon—Pre-Order Now
As mankind has progressed through the years, science and technology have enabled us to make leaps in our manufacturing, transportation, and communications. From the first Industrial Revolution (steam power), the second (electricity), and the third (information), we have benefited from these leaps forward in creating our modern societies. But now, we are on the cusp of a fourth Industrial Revolution, characterized by new abilities and represented by cutting-edge technologies such as artificial intelligence, quantum communication, biotechnology, and virtual reality, and the changes are happening faster than ever. The curtain of a new round of global technological competition is being lifted.

Kevin Chen details in The Fourth Industrial Revolution where we have been, where we are now, and where we will soon be. The application of these new technologies to the economic sphere has been constantly inspiring new economies, new products, new rules, and new forms of business. The traditional modes of production and life have been changed by artificial intelligence and the Internet, and new political, economic, and social systems are being reshaped.
Kevin Chen is a renowned science and technology writer and scholar. He was a visiting scholar at Columbia University, a postdoctoral scholar at Cambridge, and an invited course professor at Peking University. He has served as a special commentator and columnist for the People’s Daily.