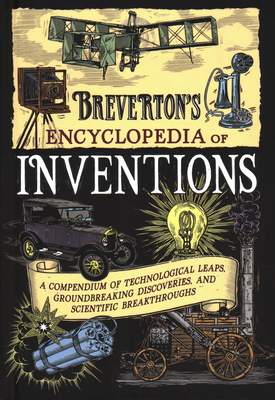 
Not On Our Shelves—Ships in 1-5 Days
Who flew before the Wright Brothers? How was plastic surgery invented? Did Leonardo da Vinci design the first robot? When was the first email sent? Where was beer first brewed? Who invented zero? From the fish hook to fibre optics, the pyramids to postage stamps, and from gunpowder to GPS, this eclectic compendium will inform, inspire and fascinate anyone to know more about the moments of genius that gave shaped our lives today. An extraordinary guide to the greatest feats of ingenuity and innovation.
Terry Breverton is the author of numerous books on the sea and pirates, including The Pirate Dictionary, The Pirate Handbook, and Black Bart Roberts: The Greatest Pirate of Them All, A five-time recipient of the Welsh Books Council's Book of the Month award, he has presented documentaries on the Discovery Channel and the History Channel, and has appeared on numerous other television programs on pirates and privateers. He lives in the United Kingdom.