A Commentary on the Gospel of John, Chapter Three (Paperback) 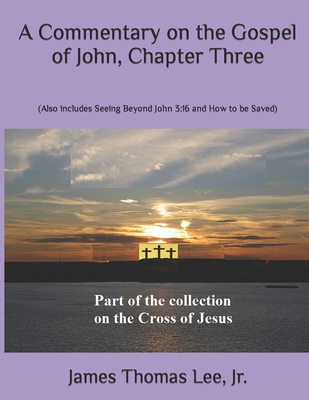 A Commentary on the Gospel of John, Chapter Three (Paperback)


Not On Our Shelves—Ships in 1-5 Days
(This book cannot be returned.)
This book discusses one of the most important set of verses in one of the most important chapters in one of the most important books of the Bible. The whole theology about being born again is based upon a conversation that had happened between Jesus and a Pharisee named Nicodemus. From that conversation, one can easily see the analogy between the serpent on a brass pole in the Old Testament and Jesus on the cross at Calvary. That analogy makes it clear that Jesus is the only way of salvation. People may try whatever they like. But no one comes to the Father except by the Son. John 14:6 says, "Jesus saith unto him, I am the way, the truth, and the life: no man cometh unto the Father, but by me."All of chapter one is devoted to some important information about the gospel of John and also to the conversation that Jesus and Nicodemus had had in the first fifteen verses of the chapter. That chapter will consider the author of the gospel and when it was written as well as the doctrinal truths that were brought out in their visit. All of chapter two is devoted to the six verses in the third chapter of the gospel that many theologians and commentators have attributed to the Apostle John. Evidence will be provided for why many of them think that Jesus had actually stopped talking after verse fifteen. Part of that discussion will also reveal how people are REALLY saved. The whole idea behind that is that most people do not understand what it means to actually "believeth" in Jesus. The concluding chapter, which is chapter three, discusses the growth of the ministry of Jesus as well as the decline of the ministry of John the Baptist.From the first page to the last page of this book, the entire intent has been to exalt Jesus. He is the Lord. He is the one that died on the cross so that people CAN come to the Him by faith and be saved. Hopefully that will be brought out throughout. In conclusion, the hope with this book is that people will learn how to better serve the Lord. The Apostle John was probably His best earthly friend. So who can better explain how to serve Him and how to be close to Him than John? The obvious answer is probably no one. Besides that, John the apostle and John the Baptist were two of the highest quality individuals of the first century and both have been discussed in detail in this book.