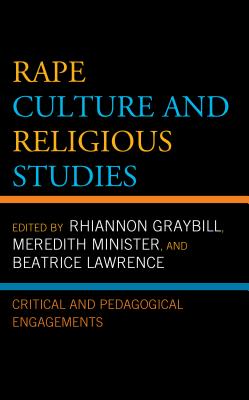 
Not On Our Shelves—Ships in 1-5 Days
Rape Culture and Religious Studies: Critical and Pedagogical Engagements stages a critical engagement between religious texts and the problem of sexual violence. Rape and other forms of sexual violence are widespread on college and university campuses; they also occur in sacred texts and religious traditions. The volume addresses these difficult intersections as they play out in texts, traditions, and university contexts. The volume gathers contributions from religious studies scholars to engage these questions from a variety of institutional contexts and to offer a constructive assessment of religious texts and traditions.
Rhiannon Graybill is W.J. Millard professor of religion and associate professor of religious studies at Rhodes College. Beatrice Lawrence is associate professor of Hebrew Bible at Seattle University. Meredith Minister is assistant professor of religion at Shenandoah University.