Ethnicity, Gender, and Diversity: Law and Justice on TV (Paperback) 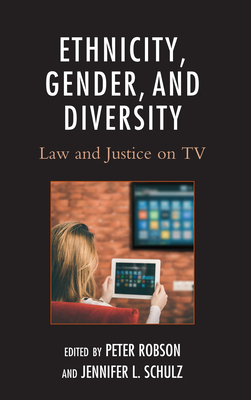 Ethnicity, Gender, and Diversity: Law and Justice on TV (Paperback)


Not On Our Shelves—Ships in 1-5 Days
Television and streamed series that viewers watch on their TVs, computers, phones, and tablets are a crucial part of popular culture They have an influence on viewers and on law. People acquire values, behaviors, and stereotypes, both positive and negative, from television shows, which are relevant to people's acquisition of beliefs and to the development of law.. In this book, readers will find the first transnational, empirical look at ethnicity, gender, and diversity on legally-themed TV shows. Scholars determine the three most watched legally-themed shows in Brazil, Britain, Canada, Germany, Greece, Poland, Switzerland and the United States and then examine gender, age, ability, ethnicity, race, class, sexual orientation and nationality in those shows and countries. As such, this book provides an important link between law, TV, and what is going on in real life.
Peter Robson is solicitor and judge in the Courts and Tribunals service dealing with disability issues and is professor of social welfare law at the University of Strathclyde. Jennifer L. Schulz is associate professor at the Faculty of Law, University of Manitoba, and fellow of the Winkler Institute for Dispute Resolution at Osgoode Hall Law School, Toronto.