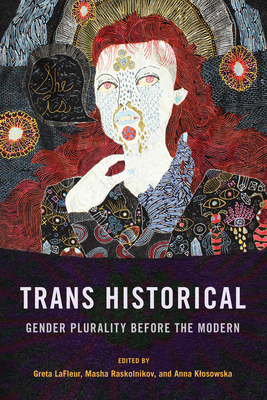 Trans Historical explores the plurality of gender experiences that flourished before the modern era, from Late Antiquity to the eighteenth century, across a broad geographic range, from Spain to Poland and Byzantium to Boston. Refuting arguments that transgender people, experiences, and identities were non-existent or even impossible prior to the twentieth century, this volume focuses on archives--literary texts, trial transcripts, documents, and artifacts--that denaturalize gender as a category. The volume historicizes the many different social lives of sexual differentiation, exploring what gender might have been before modern medicine, the anatomical sciences, and the sedimentation of gender difference into its putatively binary form.

The volume's multidisciplinary group of contributors consider how individuals, communities, and states understood and enacted gender as a social experience distinct from the assignment of sex at birth. Alongside historical questions about the meaning of sexual differentiation, Trans Historical also offers a series of diverse meditations on how scholars of the medieval and early modern periods might approach gender nonconformity before the nineteenth-century emergence of the norm and the normal.