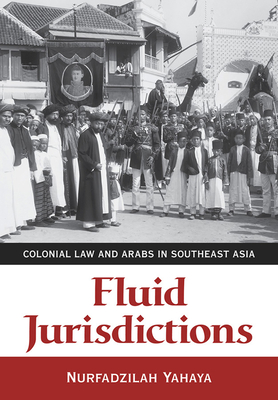 This wide-ranging, geographically ambitious book tells the story of the Arab diaspora within the context of British and Dutch colonialism, unpacking the community's ambiguous embrace of European colonial authority in Southeast Asia. In Fluid Jurisdictions, Nurfadzilah Yahaya looks at colonial legal infrastructure and discusses how it impacted, and was impacted by, Islam and ethnicity. But more important, she follows the actors who used this framework to advance their particular interests.

Fluid Jurisdictions draws on lively material from multiple international archives to demonstrate the interplay between colonial projections of order and their realities, Arab navigation of legally plural systems in Southeast Asia and beyond, and the fraught and deeply human struggles that played out between family, religious, contract, and commercial legal orders.

Nurfadzilah Yahaya is Assistant Professor in the Department of History at the National University of Singapore. Follow her on Twitter @nfyahaya.