Border Games: The Politics of Policing the U.S.-Mexico Divide (Paperback) 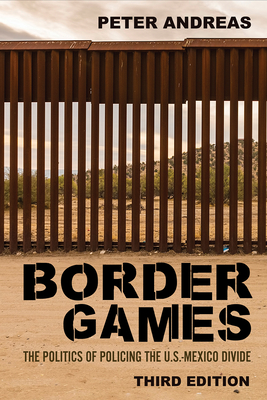 Border Games: The Politics of Policing the U.S.-Mexico Divide (Paperback)

In this third edition of Border Games, Peter Andreas charts the rise and transformation in policing the flow of drugs and migrants across the US-Mexico border. Recent border crackdowns and wall-building campaigns, he argues, are not unprecedented. Rather, they are the outcome of an escalatory dynamic already in motion--but now played out on a far bigger stage, with higher stakes, and in new security and political contexts.

Focusing on the power of symbolic politics and policy feedback effects, Andreas traces the logic behind such buildup. Border policing is an attractive political mechanism for handling the often unintended consequences of past policy choices, signaling a commitment to territorial integrity and projecting an image of territorial authority. Yet its negative aftermath is not only frequently glossed over; it also fuels further escalation. With new chapters on the border policies of the Obama, Trump, and Biden administrations, Border Games continues to help readers grasp how the busiest border in the world is also one of the most fortified, and why it plays such a complicated and contentious role in both domestic politics and US-Mexico relations.