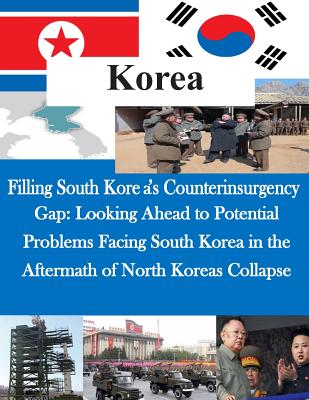 By U. S. Command and General Staff College


Not On Our Shelves—Ships in 1-5 Days
(This book cannot be returned.)
South Korea needs to look ahead to problems it may face after North Korea's collapse and prepare to counter any North Korean insurgency that might result from the expansion of conflicts between political power groups. After the death of Kim Jong-il, there has been a growing concern about the chaotic aftermath of a regime collapse in the North. The South Korean military has the desire to meet the requirements for an efficient counterinsurgency campaign in order to seize, retain, and exploit the initiative against North Korea's possible insurgents. However, there currently appear to be operational shortfalls in the knowledge, planning, and potential execution of counterinsurgency within the South Korean military. This book applies the Capability-Based-Assessment (CBA) process model to distill counterinsurgency requirements for the South Korean military within three of these commodity areas: doctrine, organization, and leadership and education. The CBA model includes a three-phased process: Functional Area Analysis (FAA), Functional Needs Analysis (FNA), and Functional Solutions Analysis (FSA). Doctrinal views highlight the value of operational art and design as a means to balance cost and benefit from the strategic perspectives. Organizational views pursue unity of efforts between armed services and other agencies through a comprehensive governmental counterinsurgency operation. The leadership and educational aspect focuses on the application of mission command related to time sensitivity for adaptive control of insurgents on the Korean Peninsula.