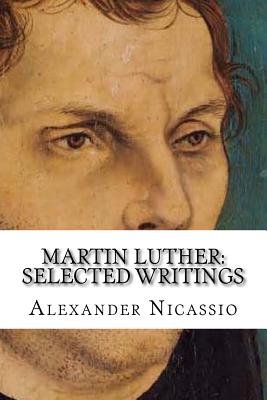 
Not On Our Shelves—Ships in 1-5 Days
(This book cannot be returned.)
For many people, Martin Luther is a great hero - the founder of the Protestant Reformation, and a man who made it possible for modern Christianity to exist as it does. Despite his popularity, few people take any time to actually read what Luther wrote - of all historic figures, Luther was known then and now for the impact of his writing, and so when we want to know Luther, we should read what he himself wrote. This collection includes a list of all of Luther's writings, some opinions on Luther himself as well as, in their entirety, the following publications by Martin Luther: * On the Jews and their Lies - 1542 * Of the Unknowable Name and the Generations of Christ - 1542 * New preface concerning the prophet Ezekiel - 1545 Luther wrote condemning the Catholics, Muslims, and other Protestants (especially Anabaptists, some of which he had executed). In this book we will focus on Luther's writings against the Jews, as they were a favorite topic for Luther. Please do not be shocked by Luther's opinions - these are direct translations of his original works, much of which are available in libraries. There is no additional wording added, except at the beginning of each section where I give a little context.