The Smoke of Satan: How Corrupt and Cowardly Bishops Betrayed Christ, His Church, and the Faithful...and What Can Be Done about It (Paperback) 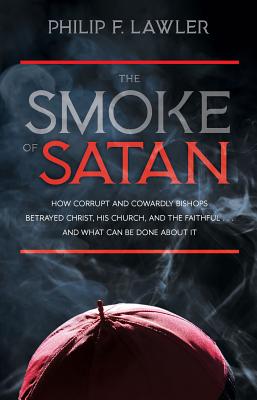 The Smoke of Satan: How Corrupt and Cowardly Bishops Betrayed Christ, His Church, and the Faithful...and What Can Be Done about It (Paperback)


Not On Our Shelves—Ships in 1-5 Days
The sex-abuse scandal, which has erupted anew in 2018, poses the greatest challenge that the Catholic Church has faced since the Reformation. In The Smoke of Satan, veteran Catholic journalist Philip Lawler explains why the crisis is even more severe than when it first commanded headlines in 2002, and how the failure of Church leaders goes all the way to the Vatican.

In this unflinching look at the crisis threatening the Church and her members, Lawler:
This crisis, brought about by the failures of corrupt and cowardly bishops and clerics, has been allowed to fester long enough. It is well past time for serious action to be taken at every level before more lives are ruined, more souls are lost, and more fractures divide the Church.

In these pages, Lawler details the problems besetting the Church...and lays out a clear plan to overcome them in order that the Church and Her members may once again thrive and bring souls to Christ.

Philip Lawler, the founder of the Catholic World News service, is the author of The Faithful Departed, which the late Father Richard Neuhaus described in 2008 as "the best book-length treatment of the sex abuse crisis, its origins and larger implications, published to date." More recently he wrote Lost Shepherd, a critical analysis of Pope Francis' leadership. With The Smoke of Satan he completes his analysis of the crisis of confidence in the Church and explains how an engaged and determined laity can help trigger worldwide Catholic revival.