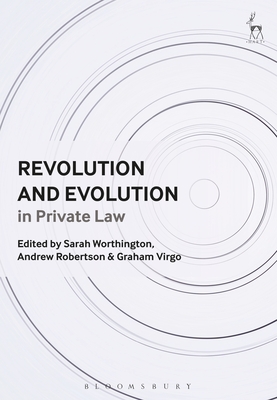 
Not On Our Shelves—Ships in 1-5 Days
The development of private law across the common law world is typically portrayed as a series of incremental steps, each one delivered as a result of judges dealing with marginally different factual circumstances presented to them for determination. This is said to be the common law method. According to this process, change might be assumed to be gradual, almost imperceptible. If this were true, however, then even Darwinian-style evolution - which is subject to major change-inducing pressures, such as the death of the dinosaurs - would seem unlikely in the law, and radical and revolutionary paradigms shifts perhaps impossible. And yet the history of the common law is to the contrary. The legal landscape is littered with quite remarkable revolutionary and evolutionary changes in the shape of the common law.The essays in this volume explore some of the highlights in this fascinating revolutionary and evolutionary development of private law. The contributors expose the nature of the changes undergone and their significance for the future direction of travel. They identify the circumstances and the contexts which might have provided an impetus for these significant changes.The essays range across all areas of private law, including contract, tort, unjust enrichment and property. No area has been immune from development. That fact itself is unsurprising, but an extended examination of the particular circumstances and contexts which delivered some of private law's most important developments has its own special significance for what it might indicate about the shape, and the shaping, of private law regimes in the future.
Sarah Worthington QC (Hon) FBA is the Downing Professor of the Laws of England and Fellow of Trinity College, University of Cambridge, and Director of the Cambridge Private Law Centre.Andrew Robertson is Professor of Law at the University of Melbourne and Conjoint Professor at Lund University. Graham Virgo QC (Hon) is Professor of English Private Law in the Faculty of Law, University of Cambridge; Fellow of Downing College, University of Cambridge; and Pro-Vice-Chancellor for Education, University of Cambridge. He is co-director of the Cambridge Private Law Centre.