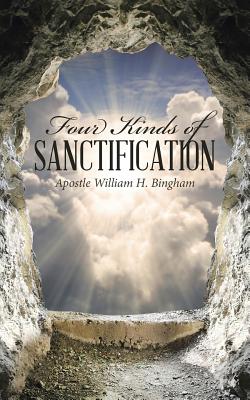 The writers of the Old Testament uses SANCTIFY in various forms one-hundred and six times. However, the Gospel speaks of sanctification thirty-one separate occasions. The message denotes consecration in both Books. In layman's terms, consecrate is birth out of setting-apart or the condition to prearrange. Therefore, the definition shows classification in matters of position and relationship before God, and unrighteousness. Apostle Bingham is articulating a general interpretation of salvation. A more specific explanation is forthcoming.

Holiness, in diverse forms appears over four hundred times in the Old Testament and twelve in the Gospels. Less mention in the New Covenant has no significant, because devoutness and righteousness carries the same idea as SANCTIFY. God in the Body of Jesus Christ is Divine, harmless, undefiled, and separate from iniquity. As a result, His fundamental nature is righteous sanctification. Though, important to understand that each time Holy and Sanctify appear in the Bible they do not suggest saint-ship.