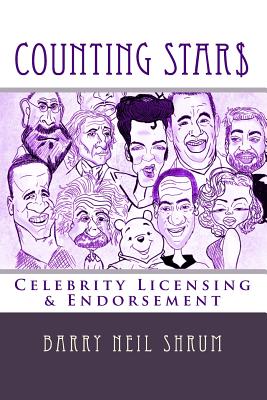 
Not On Our Shelves—Ships in 1-5 Days
(This book cannot be returned.)
The phenomenon of being a "star" or a "celebrity" is generally considered a fairly modern concept, created by the Golden Era of Hollywood, and perpetuated over the years by the growth of mass media, the Internet, social media and our "pop culture" driven society. The same activity that creates a person's stardom affords that celebrity tremendous powers to exploit themselves and consequentially creates many opportunities for the celebrity to become exploited. For this reason, many celebrities become cynical, as if they are mere puppets being manipulated by their "handlers" who reinforce the old adage that "the show must go on." It is, ultimately, a world where society not only count the stars, but count the dollars as well. In the legal world, we describe this power to exploit a celebrity the "right of publicity." This book explores the psychological process behind society's star gazing, ways to measure a celebrity's influence, and methods of exploiting it through a legal process called licensing. In a very real sense, this is a book about "counting stars.
Barry Neil Shrum is a renowned entertainment and intellectual property attorney who has been practicing law for over two decades. He is a professor at the prestigious Mike Curb School of Entertainment and Music Business at Nashville's Belmont University.