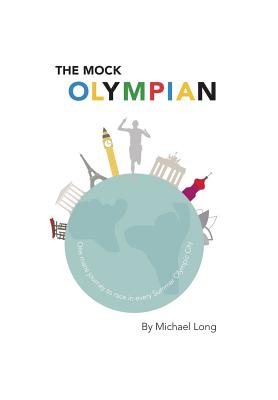 Michael Long couldn't believe how lucky he was to be working in London during the 2012 Olympics, but when the games ended, he was crushed.

He wanted nothing more than to keep the Olympics alive a little longer.

That was when the former beer monster from university who had won an award for "biggest party animal" in his final year had a fateful thought: Could he race in every host city of the Summer Olympics before the next games began in four years?

He decided it was worth a shot, and he began scouring the internet to find marathons, half marathons, 10K runs, triathlons, and other events in twenty-three Olympic cities that he planned to visit over the next few years.

There would be lots of training, some hard falls, and victories along the way. But nothing would compare with the friendships he would make and the adventures he would enjoy.

If you're passionate about traveling, running or both--or you want to be inspired to overcome your own challenges or simply want to giggle at someone else's misfortunes--you'll want to read The Mock Olympian.