The Roman Emperor Aurelian: Restorer of the World (Paperback) 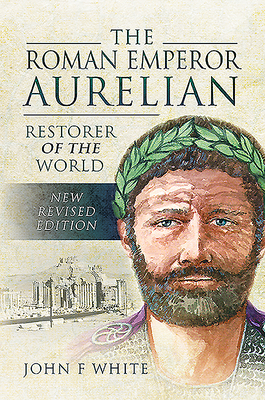 The Roman Emperor Aurelian: Restorer of the World (Paperback)


Backordered
Aurelian saved the Roman Empire from foreign invasion and collapse, earning him the title Restorer of the World from a grateful Senate. This is his story as restorer of the world.

The ancient Sibylline prophecies had foretold that the Roman Empire would last for 1000 years. As the time for the expected dissolution approached in the middle of the third century AD, the empire was lapsing into chaos, with seemingly interminable civil wars over the imperial succession. The western empire had seceded under a rebel emperor and the eastern empire was controlled by another usurper. Barbarians took advantage of the anarchy to kill and plunder all over the provinces. Yet within the space of just five years, the general, later emperor Aurelian had expelled all the barbarians from with the Roman frontiers, reunited the entire empire and inaugurated major reforms of the currency, pagan religion and civil administration.

His accomplishments have been hailed by classical scholars as those of a superman, yet Aurelian himself remains little known to a wider audience. His achievements enabled the Roman Empire to survive for another two centuries, ensuring a lasting legacy of Roman civilization for the successor European states. Without Aurelian, the Dark Ages would probably have lasted centuries longer. This is a new, revised edition.