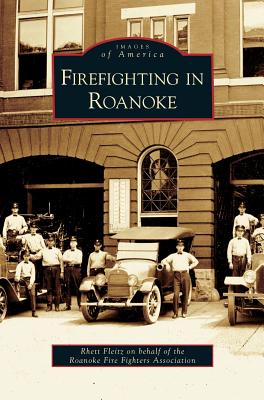 
Not On Our Shelves—Ships in 1-5 Days
(This book cannot be returned.)
The Roanoke Fire Department's history began in 1882 when the first firefighters were organized by the newly chartered City of Roanoke. The volunteer fire companies such as the Vigilants, Juniors, Friendship, and Alerts provided protection against fire for the city. Roanoke began paying firefighters in about 1903; they were usually drivers to get the horses and steam engines ready for when the volunteers showed up. In 1907, the last of the volunteers disbanded in a show of solidarity to the city, and the Roanoke Fire Department became fully paid. The department doubled in size in 1936 when a second platoon was added and grew again in 1972 when the third platoon was added. The Roanoke Fire Department continued to protect the citizens and visitors of Roanoke City up until 1995 when it merged with Roanoke City EMS to form the Roanoke Fire-EMS Department. In Firefighting in Roanoke, the history of this 125-year-old local service tradition is told.