On Satan, Demons, and Psychiatry: Exploring Mental Illness in the Bible (Paperback) 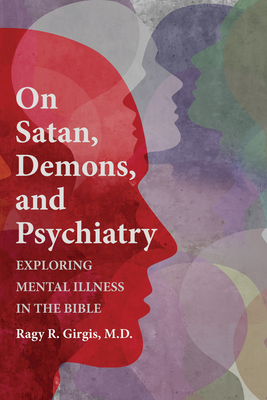 On Satan, Demons, and Psychiatry: Exploring Mental Illness in the Bible (Paperback)


Not On Our Shelves—Ships in 1-5 Days
The goal of this book is to help change misconceptions that have historically pervaded Christianity by educating both laity and clergy about serious mental illness. It will accomplish this goal via an in-depth, exegetic examination of biblical accounts of what may have been untreated serious mental illness from the perspective of a psychiatrist and Christian. This in-depth examination will demonstrate that 1) serious mental illness was likely present and relatively common in biblical times, and similar in phenomenology to how it manifests today, and 2) that some instances of demon-possession and exorcisms as described in the Bible could, in a post-Enlightenment narrative, be better explained by occurring in the context of untreated mental illness, and that this could reveal a great deal of information about the biblical view of mental illness. Some of these accounts are from the Old Testament and some from the New Testament. Each essay will provide an in-depth examination of the biblical account from the perspective of a board-certified psychiatrist who is an expert in the field of serious mental illness and who is also a practicing Christian.
Ragy Girgis is an associate professor of clinical psychiatry at the Columbia University Department of Psychiatry. He is an academic researcher, focusing on serious mental illness, and in particular schizophrenia, with a focus on brain imaging as well as the development of experimental treatments. He has published approximately seventy peer-reviewed journal articles and several scientific book chapters pertaining to treatment and the neurobiology of schizophrenia. Girgis is also a practicing Christian.