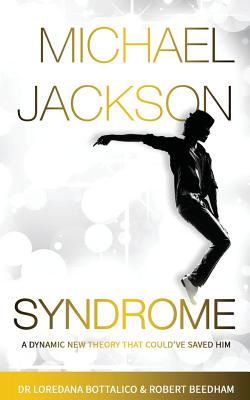 
Special Order—Subject to Availability
(This book cannot be returned.)
Michael Jackson Syndrome. A dynamic new theory that could've saved him. Michael Jackson. The King of Pop. The world's most successful recording artist, of all time. The man who won the most awards of any artist, ever. The man who won The Guinness Book of Records Award for supporting the most charities, 39 in total. The man with a 40-year career at the pinnacle of the ferociously competitive music industry. The man who sold over 400 million records. The plaudits go on and on. Unlike him. Could he have been saved? But before we look at Michael Jackson's, death, we must first turn to his life. What were the major life events that led to his untimely death? What affected his health, and his state-of-mind? And how did he end up dying prematurely? This sensational medical investigation sheds a totally different light on Michael Jackson's life and health problems, revealing famous Italian orthodontist Dr Loredana Bottalico's pioneering theories and treatment, and how he could be alive today, still entertaining us. This new book, co-written with author and international award-winner Robert Beedham, will change what you know, or you think you know, about the music legend.