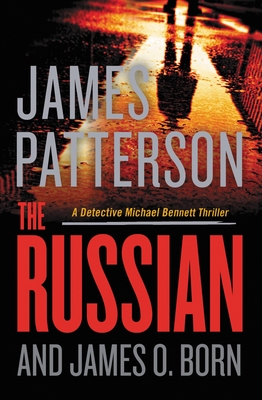 This is book number 13 in the A Michael Bennett Thriller series.

When a serial killer crashes Detective Michael Bennett's wedding, he and his new partner uncover a gruesome string of cold-case homicides across the country.
​

Weeks before NYPD Detective Michael Bennett is to marry his longtime love, Mary Catherine, an assassin announces his presence in the city with a string of grisly murders. Each victim is a young woman. And each has been killed in a manner as precise as it was gruesome.

Tasked with working alongside the FBI, Bennett and his gung-ho new partner uncover multiple cold-case homicides across the country that fit the same distinctive pattern—proving the perpetrator they seek is as experienced at ending lives as he is at evading detection.

Bennett promises Mary Catherine that the case won't affect their upcoming wedding. But as Bennett prepares to make a lifetime commitment, the killer has a lethal vow of his own to fulfill.
James Patterson is the world's bestselling author. The creator of Alex Cross, he has produced more enduring fictional heroes than any other novelist alive. He lives in Florida with his family.  James O. Born is an award-winning crime and science-fiction novelist as well as a career law-enforcement agent. A native Floridian, he still lives in the Sunshine State.