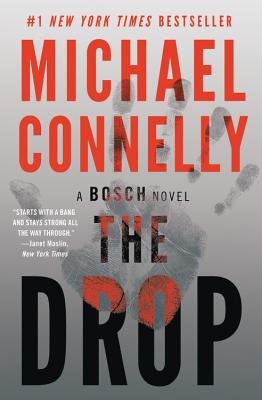 This is book number 15 in the A Harry Bosch Novel series.

“Harry Bosch continues his single-minded pursuit of justice as a confusing cold case leads him to murders spread over 20 years. At the same time, the Los Angles detective is forced to negotiate departmental politics when he is assigned to investigate the seeming suicide of a councilman's son. Over the course of many novels, Connelly continues to create an intriguing, nuanced character, and the tribute to his ability is that a fresh Bosch appears in every novel and never grows stale.”
— Bill Cusumano, Nicola's Books, Ann Arbor, MI

In his fierce search for a new case, Detective Harry Bosch discovers a killer hiding behind suspicious DNA evidence -- and a political conspiracy that could destroy the Los Angeles Police Department.

DNA from a 1989 rape and murder matches a 29-year-old convicted rapist. Was he an eight-year-old killer or has something gone terribly wrong in the new Regional Crime Lab? The latter possibility could compromise all of the lab's DNA cases currently in court.

Then Bosch and his partner are called to a death scene fraught with internal politics. Councilman Irvin Irving's son jumped or was pushed from a window at the Chateau Marmont. Irving, Bosch's longtime nemesis, has demanded that Harry handle the investigation.

Relentlessly pursuing both cases, Bosch makes two chilling discoveries: a killer operating unknown in the city for as many as three decades, and a political conspiracy that goes back into the dark history of the police department.
Michael Connelly is the author of thirty-three novels, including #1 New York Times bestsellers Dark Sacred Night, Two Kinds of Truth, and The Late Show. His books, which include the Harry Bosch series and the Lincoln Lawyer series, have sold more than seventy-four million copies worldwide. Connelly is a former newspaper reporter who has won numerous awards for his journalism and his novels and is the executive producer of Bosch, starring Titus Welliver. He spends his time in California and Florida.
PRAISE FOR THE REVERSAL:

"Each of his books is so much more than the sum of its parts....Connelly writes true-to-life fiction about true crime. What makes his crme stories ring true is that they're never really over."—Janet Maslin, New York Times

"Thank God for Michael Connelly....Connelly retains his journalistic gifts; his eye for detail is spot on....Taken together, his 22 novels form an indispensible, compelling chronicle of L.A."—Jonathan Shapiro, Los Angeles Times

"Mr. Connelly, a former journalist, is a master of mixing realistic details of police work and courtroom procedure with the private feelings and personal lives of his protagonists, and of building suspense even as he evokes the somber poetry inherent in battling the dark side."—Tom Nolan, Wall Street Journal

"Connelly's prose is so smooth that it looks easy....The product of a master fully in command of his craft."—Robin Vidimos, Denver Post