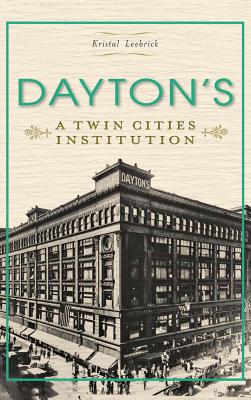 
Not On Our Shelves—Ships in 1-5 Days
(This book cannot be returned.)
"Newsweek" called Dayton's the "swingingest spot in Minneapolis," and almost anyone living in the Twin Cities during the twentieth century has an anecdote to prove it. At Dayton's, you could buy a cashmere sweater for a song during an Anniversary Sale or commission a Persian silk dress for a society wedding. You could attend an eighth-floor extravaganza like "Santabear's First Christmas "or catch the occasional circus. Dayton's was the job that put many Minnesotans through college or the career that took them to retirement. From its early days as an innovative dry goods store to a trend-setting company that grew into the retail giant Target, Kristal Leebrick chronicles ten decades in the life of a Minnesota enterprise that defined style, good service and philanthropy.