Called to Reconciliation: How the Church Can Model Justice, Diversity, and Inclusion (Paperback) 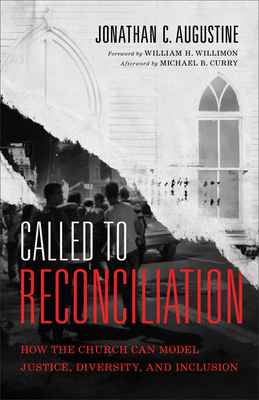 Called to Reconciliation: How the Church Can Model Justice, Diversity, and Inclusion (Paperback)


Not On Our Shelves—Ships in 1-5 Days
Nationally recognized speaker and church leader Jay Augustine demonstrates that the church is called and equipped to model reconciliation, justice, diversity, and inclusion.

This book develops three uses of the term "reconciliation" salvific, social, and civil. Augustine examines the intersection of the salvific and social forms of reconciliation through an engagement with Paul's letters and uses the Black church as an exemplar to connect the concept of salvation to social and political movements that seek justice for those marginalized by racism, class structures, and unjust legal systems. He then traces the reaction to racial progress in the form of white backlash as he explores the fate of civil reconciliation from the civil rights era to the Black Lives Matter movement.

This book argues that the church's work in reconciliation can serve as a model for society at large and that secular diversity and inclusion practices can benefit the church. It offers a prophetic call to pastors, church leaders, and students to recover reconciliation as the heart of the church's message to a divided world. Foreword by William H. Willimon and afterword by Michael B. Curry.
Jonathan C. Augustine (JD, Tulane University; DMin, Duke University) is a reconciliation scholar, ordained minister, and professor. In addition to serving as senior pastor of St. Joseph AME Church in Durham, North Carolina, and as national chaplain of Alpha Phi Alpha Fraternity, Inc., he is also a missional strategist with the Duke Center for Reconciliation and a professor at North Carolina Central University Law School. Augustine often speaks on topics related to race, reconciliation, diversity, and inclusion and has received numerous national awards and recognitions for his work in civil rights and social justice. He received a Lifetime Achievement Award from President Barack Obama, the National Bar Association's 40 Lawyers Under 40 Award, and Ebony Magazine's 30 Leaders of the Future recognition.