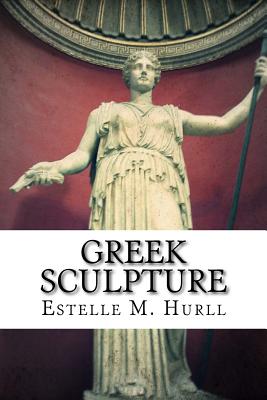 
Not On Our Shelves—Ships in 1-5 Days
(This book cannot be returned.)
The history of Greek sculpture covers a period of some eight or nine hundred years, and falls into five divisions. 1] The first is the period of development, extending from 600 to 480 B. C. The second is the period of greatest achievement, under Phidias and his followers, in the Age of Pericles, 480-430 B. C. The third is the period of Praxiteles and Scopas, in the fourth century. The fourth is the period of decline, characterized as the Hellenistic Age, and included between the years 320 and 100 B. C. The fifth is the Gr co-Roman period, which includes the work produced to meet the demand of the Roman market for Greek sculpture, and which extends to 300 A. D. Modern criticism differentiates sharply the characteristics of the several periods and even of the individual artists, but such subtleties are beyond the grasp of the unlearned. The majority of people continue to regard Greek sculpture in its entirety, as if it were the homogeneous product of a single age. To the popular imagination it is as if some gigantic machine turned out the Apollo Belvedere, the Venus of Milo, the Elgin Marbles, and all the rest, in a single day. Nor is it long ago since even eminent writers had but vague ideas as to the distinctive periods of these very works. Certain it is that all works of Greek sculpture have a particular character which marks them as such. Authorities have taught us to distinguish some few of their leading characteristics.