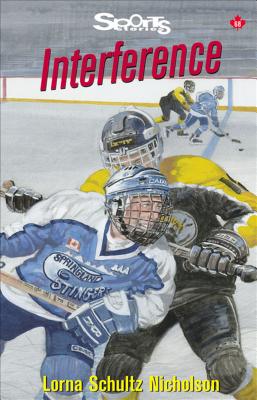 Josh has finally made it to an elite hockey team and is determined to play as well as his older brother, Matt. But Josh's body is not cooperating. He's so tired and sluggish at practice--and so thirsty and hungry all the time--he worries he'll be cut from the team. On top of everything else, Matt is at war with his father because he wants to quit hockey and take up drama. Little does everyone know, Josh's undiagnosed Type 1 diabetes is working against him--and getting more serious by the day.

LORNA SCHULTZ NICHOLSON has written picture books, middle grade and YA fiction, and non-fiction. She has also written, produced, and hosted programs for television and radio, and is well known in Western Canada for her print journalism, including sports writing. Lorna regularly visits schools to share her passion for literacy with students. She lives in Edmonton with her husband and their two dogs.