Queen of the Cosmos (Paperback) 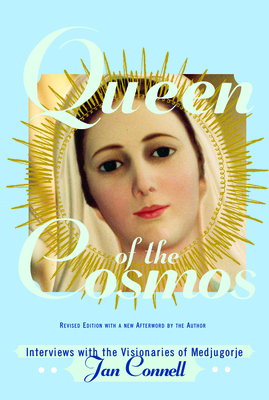 Queen of the Cosmos (Paperback)


Not On Our Shelves—Ships in 1-5 Days
“The Blessed Mother has been permitted by God to come here [because] she knows what is coming in the future. She is calling all God´s children back on the path to Heaven.” –Ivan Dragicevic, a visionary

Over twenty years ago, in the tiny mountain village of Medjugorje, Bosnia, six young people began to report seeing visions of the Virgin Mary. Since then, the beauty of Heaven and the importance of prayer, conversion, and reconciliation have been revealed to them through Mary´s appearances. Queen of the Cosmos provides an opportunity to hear the messages of the mother of Christ through in-depth interviews with the six visionaries of Medjugorje. Their experiences have changed the lives of thousands of people who have found truth, encouragement, and solace in the words of the Blessed Mother. This new edition includes an afterword by the author, giving an update on both the lives of the visionaries and the visions they receive.
Janice T. Connell is a consultant to clearinghouses for Marian information throughout the world.  She is the author of other books, including the bestsellers The Visions of the Children and Meetings with Mary.  Mrs. Connell is also a practicing attorney who lives in Washington, D.C., and Florida.