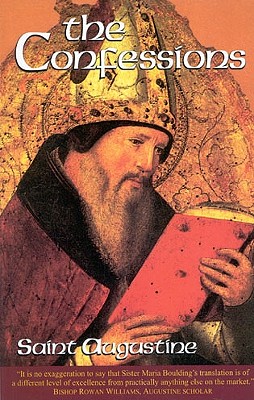 This translation of Augustine's most popular work was done by Maria Boulding and is considered "of a different level of excellence from practically anything else on the market" (Rowan Williams, Archbishop of Canterbury).

The Confessions of Saint Augustine is considered the all-time number one Christian classic. Augustine undertook his greatest piece of writing with the conviction that God wanted him to make this confession. The Confessions are, in fact, an extended poetic, passionate, intimate prayer. Augustine was probably forty-three when he began this endeavor. He had been a baptized Catholic for ten years, a priest for six, and a bishop for only two. His pre-baptismal life raised questions in the community. Was his conversion genuine? The first hearers were captivated, as many millions have been over the following sixteen centuries. His experience of God speaks to us across time with little need for transpositions. This new translation masterfully captures his experience.

Augustine of Hippo is one of the greatest thinkers and writers in the Western world. After becoming a Christian he was made bishop of Hippo in Africa, where he was influential in civil and church affairs. His more than 100 books, 200 letters, and 500 sermons have left a lasting impact on Western philosophy and culture. His classic and best-selling works include The Confessions, The Trinity, The City of God, and Teaching Christianity.