The Girl on the Dancing Horse: Charlotte Dujardin and Valegro (Paperback) 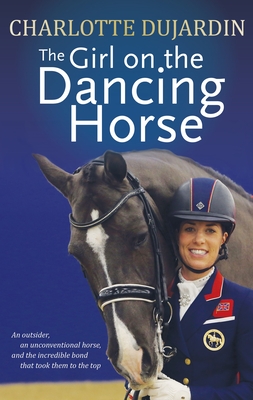 The Girl on the Dancing Horse: Charlotte Dujardin and Valegro (Paperback)

Charlotte Dujardin and her charismatic horse Valegro burst onto the international sports scene with their recordbreaking performance at the 2012 Olympic Games in London. The world was captivated by the young woman with the dazzling smile and her dancing horse. The YouTube clip of their Freestyle performance has since had over 1.7 million views, and Dujardin is considered the dominant dressage rider of her era. When Valegro (affectionately called "Blueberry") retired from competition at the end of 2016, his farewell performance at the Olympia Grand Hall sold out and the dark bay gelding received a standing ovation.

Dujardin began riding horses at the age of two, but dressage was the domain of the richnot the life a girl from a middleclass family was born into. Her parents sacrificed to give her as many opportunities as they could, and she left school at 16 to focus on equestrian competition. It was at 22, when she was invited to be a groom for British Olympian Carl Hester, that she met the equine partner that would change her fortune.

This is the story of an outsider, an unconventional horse, and the incredible bond that took them to the top.