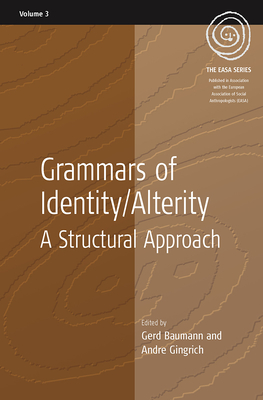 Issues of the construction of Self and Other, normally in the context of social exclusion of those perceived as different, have assumed a new urgency. This collection offers a fresh perspective on the ongoing debates on these questions in the social sciences and the humanities by focusing specifically on one theoretical proposition, namely, that the seemingly universal processes of identity formation and exclusion of the 'other' can be differentiated according to three modalities. All contributors directly engage with rigorous empirical testing and theoretical cross-examination of this proposition. Their results have direct implications not only for a more differentiated understanding of collective identities, but also for a better understanding of extreme collective violence and genocide.

Gerd Baumann was Reader in Social Anthropology at the Research Centre Religion & Society of the University of Amsterdam. His other titles included National Integration and Local Integrity: The Miri of the Nuba Mountains in the Sudan (1986), Contesting Culture: Discourses of Identity in Multiethnic London (1996) and The Multicultural Riddle: Rethinking National, Ethnic and Religious Identities (1999).