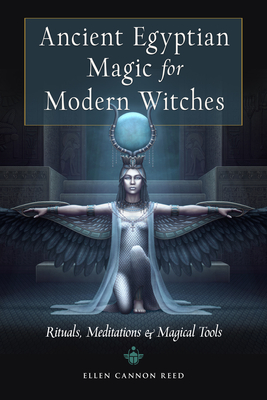 
Backordered
Rituals, prayers, and songs to bring the wisdom of the gods and goddesses of ancient Egypt to life.

Based on Ellen Cannon Reed's twenty-five years of work with deities of ancient Egypt, this book brings an ancient tradition to modern pagan practice. With it, readers will have the tools to continue learning and developing their own methods of honoring the gods and goddesses of ancient Egypt.

Over two dozen gods and goddesses are highlighted, including Osiris, Isis, Ra, Bast, Thoth, Sekhmet, and Tefnut. There is also a section devoted to glyphs. Finally, meditations and techniques bring these deities to life, enriching your spiritual path.

The book provides a host of tools and techniques:

Previously published as Circle of Isis.
Ellen Cannon Reed (1943–2003) was the most widely known priestess of the Isian Tradition of Witchcraft. She was the author of The Witches Qabalah and cocreator of The Witches Tarot, which combines Wiccan elements with traditional Qabalistic symbols and imagery.