The Birth of the Christian Religion (Paperback) 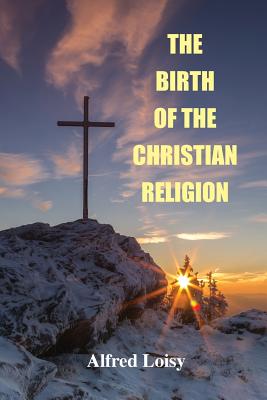 The Birth of the Christian Religion (Paperback)

This book is an enormous piece of scholarship. It is arguably the most thorough and masterful book on the formation of Christianity because it attempts to put all theological considerations aside. It presents historical facts without many of the standard, Christian preconceived notions or beliefs attached. The author, Alfred Loisy, was a Roman Catholic priest in France until the age of 51. He was excommunicated from the Church in 1908, having been an acknowledged leader of a movement within the Church known as "Catholic Modernism." They considered Christianity to be a living faith that changed with history and the growth in knowledge. They believed that truth could not be changed, but the representations of this truth could be changed, as done by the Church in some areas. They believed doctrine is not the same as history--which is why Loisy wrote this book. Some may claim it was written out of "sour grapes," or revenge, after being excommunicated, but the expulsion merely freed him to explain the truth accurately. Scholars outside the control of the Church generally share Loisy's opinion. His most famous quote was that "Jesus came preaching the Kingdom, and what arrived was the Church." He was so esteemed as a scholar, that he was appointed chair of history of religions in the Coll ge de France, where he served until 1931. He passed away in 1940, at the age of 83.